Published in March of 2012 on the Easter Seals Crossroads blog at http://www.eastersealscrossroads.org/blog/2012/march/four-year-old-sam-makes-videos-about-his-special-hand (dead link now)

They have since rebooted their blog losing some of the older blog posts.  Since it was my text as a guest blog post I’m reposting it here. 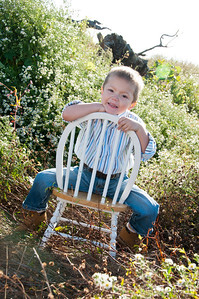 Four years ago we were blessed with our second son.  Things were different from the start.  This delivery was scheduled, instead of being an emergency; this time both Jenni and I were awake and in the room.  We were in Indiana instead of Nebraska.  And then, Sam was in the world… a nice healthy cry, ten little toes and five little fingers.  The nurses and doctors crowded around him.  It was a few minutes before they let us hold him.  It was a little nerve wracking at first, but once they gave him to us all was right in the world.  This is where the differences ended… he was as beautiful and as much OURS as his brother.  Carson was four when Sam was born and he was a great big brother from the start.

Yes, I said five fingers.  Sam was born with Symbrachydactyly.  His left hand was normal, but his right hand didn’t have any fingers.  In their place were little nubs.  We called his right hand his special hand.  From an early age he used it for comfort if there wasn’t a pacifier around, he even shared it with other babies/toddlers at daycare.  He’s been in two daycare facilities (Children’s Choice and IUPUI Center for Young Children) and both have been amazing with him.  Keeping him challenged and accepted.  Lately though he’s reaching the age where vocabularies are expanding and kids are noticing things around them more.  His teacher told me the other day one of the other kids asked her in a whisper, “What happened to Sam’s hand?”  As if yesterday Sam’s hand was fine and dandy but today it’s gone!  She encouraged the child to ask Sam, and Sam replied with what we had told him “I was just born this way.”

Sam has always been different than his brother… his hand being the least of the differences.  Sam is brave (to a fault), Carson is careful.  Sam is out-spoken, Carson is measured.  Sam is determined, Carson is quick tempered.  Despite having such different personalities they are great friends and Sam loves to be involved in anything his big brother is doing.  This has lead to a few fights but more often it has lead to Sam having to “figure out” a way to do what his brother is doing.  There have been a few things he has had a hard time figuring out.  Working a zipper was the latest thing that flummoxed him.  Being the good geeky dad I am I turned to the internet for a solution.  I found a great website from a guy who is my age and was born one-handed, he makes videos of how he does things.  Ryan Haack, of LivingOneHanded.com, shows great humor in dealing with day-to-day issues in his videos (zipping a coat, peeling/eating fruit, cutting steak, etc).  After watching a couple of his videos Sam asked me, “Do you think he has any videos of him building a Lego ship?”  I told him that he didn’t and Sam was disappointed.  I asked him if he wanted to make his own, I got a giant smile and a huge “YES”!  We talked about doing some other things on video like Ryan but more things kids would like to see.  And MySpecialHand.com was born.

I intended the site and videos as a confidence building activity for Sam that he could use as a journal later in life.  What we have gotten so far is a much deeper involvement in existing limb differences communities.  A few that reached out to us include; The Lucky Fin Project (http://www.luckyfinproject.org) and NubAbility Athletics (http://www.nubability.com).  Ryan from LivingOneHanded.com has been very supportive as well.  We gained about 220 Facebook fans in a week due in large part to the above groups/people spreading the word about us.  We have fans from England, Australia, Spain, and all parts of the US.  Sam loves the attention and his new found friends.  He especially loves the posts from people talking about their own, or their loved one’s limb difference.  We have two episodes on our site so far and have ideas for 3 more.  Currently, our most requested video idea is cutting shapes from paper, which we plan to cover on our next episode.  We are on Facebook, Twitter, Formspring, YouTube, and our website.